Bitcoin mining (and mining of other digital assets) has emerged as a vibrant new industry. Investing in a publicly -traded digital asset mining company provides exposure to the economics of mining of digital assets, such as bitcoin.

Mining of bitcoin and other digital assets is complicated and requires significant capital expenditures in sophisticated computer hardware.Mining also incurs significant operational expenses, including electricity costs to power the mining computers and cooling equipment needed to prevent them from overheating.

The profitability of digital asset mining is largely dependent on the price of the digital assets being mined. 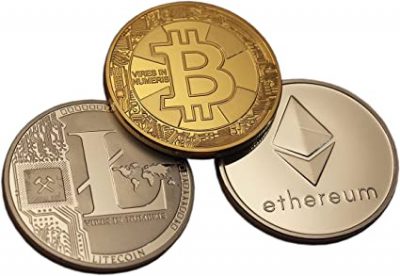 Opportunities From These Leading Firms

Bitfarms, Ltd. (BFARF) is a blockchain infrastructure company that operates one of the largest cryptocurrency mining operations in North America. The company owns and operates server farms featuring computers that primarily validate transactions on the Bitcoin Blockchain, earning cryptocurrency from block rewards and transaction fees. It is headquartered in Toronto.

Argo Blockchain (ARBKF) is a publicly traded blockchain technology company focused on large-scale cryptocurrency mining. The company is headquartered in London; its shares are listed on the Main Market of the London Stock Exchange and cross-trade in the U.S. on the OTCQX Best Market.

Riot Blockchain (RIOT) focuses on Bitcoin mining. Riot is headquartered in Castle Rock, Colorado. Its mining operations are in upstate New York under a co-location hosting agreement with Coinmint.

Marathon Digital Holdings, Inc. (MARA) mines cryptocurrencies with a focus on the blockchain ecosystem and the generation of digital assets in the United States. The company is based in Las Vegas.

Some companies listed underwrite or sponsor DACFP and/or its educational programs. Neither DACFP nor its affiliates, partners, subsidiaries or employees are responsible for the products or services provided by any company listed. You should conduct your own due diligence before purchasing products or services.